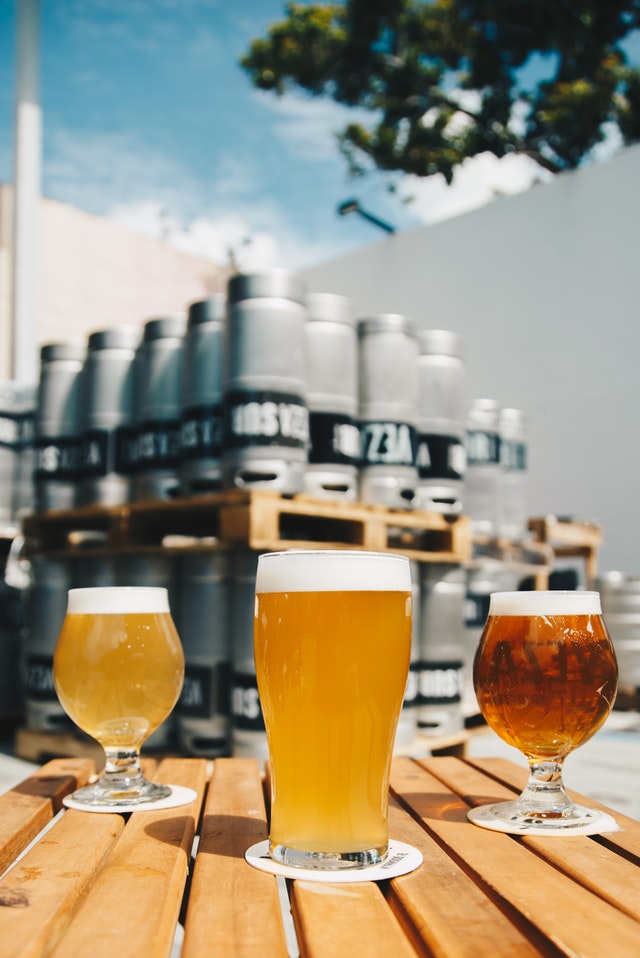 The top rated Craft Breweries in Hamilton are:

Grain & Grit was founded by Joe and Lindsey, a couple who are obsessed about beers and then created a home-brewing and family-oriented brewery. The brewery has been in the business for more than a decade. It was just a pipe dream of the owners when they were drinking a glass of craft beer and thinking about how to change their life. Then suddenly, they decided to start a business together. This crazy idea had materialized and Joe began home-brewing. Joe has been very happy in the brewing process as well as sharing his beers with family and friends.

Joe quit his job when they found their building within Hamilton. The owners got real with their visions and worked together to establish the brewery, accompanied by Alex as their head brewer. In October 2017, they finally opened their doors and had a blast in crafting beers to serve the wonderful customers.

“Simple. Aesthetic. Delicious beer. Friendly servers. Grain and Grit is a superb patio spot and an even better brewery. The IPAs and Sours are delicious, definitely cant leave without buying some to take home with you.” – Nick W.

Collective Arts Brewing is a craft brewery which has the goal of combining craft beer creativity with the inspired talents of the rising musicians and talents. They feature limited edition beer creations on their labels and beer cans. But not just about the labels, they guarantee that the beer inside is as creative and diverse as their featured artists.

With their brewery in Hamilton, this is the place where they brew every beer including their renowned beers like Stranger than Fiction porter which is a World Beer Cup winner and the IPA Ransack the Universe. They pour up to 10 various beers at one time in their taproom. Every week, they host live entertainment and brewery tours. You can view their gallery of beer bottles which showcases every artist they have already worked with all through the past six years.

“Been drinking your beers from afar in Toronto for a coupla years now and they’ve always been top notch. Finally had the chance to visit the brewery and the experience matches the high hopes I had. Doing everything right and safe, beer is still awesome and delicious fish & chips from the food truck. Keep up the good work friends.” – Stuart Holt 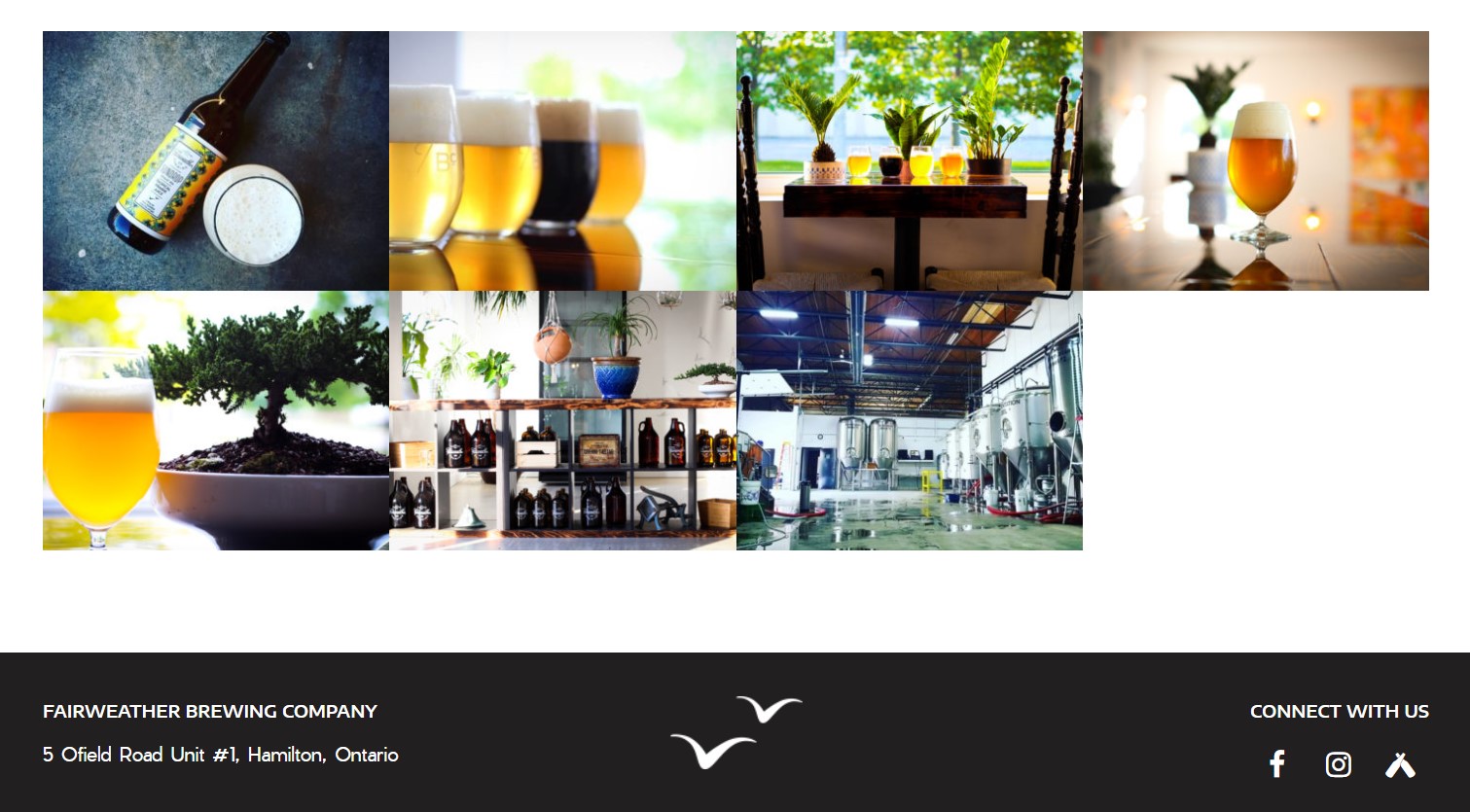 Fairweather Brewing Company opened in May 2017. This brewery features a bottle shop and taproom, including a patio with 60 seats as well as 10,000 sq. ft. brewing facility. They offer different types of beer like oak-aged and fruited beers, classic continental lagers, IPAs, silky stouts and porters, and more. But their work does not end there, they continuously work hard to craft excellent beers which can be found anywhere. Throughout their journey to create the best beers, Fairweather Brewing is open for growth, making mistakes, changes, and then succeed from it.

“Awesome brewery, with a variety of beers, but unfortunately not all are always available for takeaway. Still, they have a great patio for you to sample their brews. And, you can bring your own munchies and spend more time.” – Andy Dabydeen

Aside from being a brewery, Merit Brewing is also a bottle shop and a kitchen that offers good food. They work hard to represent the art and character of Hamilton in each food, each beer as well as every experience they share with people. Their culinary and brewing techniques are inspired by the tradition that pushes aromas and flavors to speak on why they brew. Merit wants its beers to stand out whether it is a simple or a sophisticated flavor. When it comes to food, they specialize in making great sausages. Like the beers, they want to make the best flavors of sausages to offer a great eating experience in Hamilton.

“Been to quite a few breweries across Ontario and High Grade IPA is by far the best beer I have ever had!  The interior is cozy and clean. Great customer service every visit. A must-go place.” – Satoshi Matsumoto

Clifford Brewing Co. was launched in 2015 by the brewer by brewer Brad Clifford. But even before he launched the brewery, Brad started as a home-brewer brewing craft beer in 2009. During that time, he was even recognized as an award-winner home brewer before entering commercial brewing. After several years of brewing in a smaller commercial scale, Clifford Brewing has expanded into contract brewing, officially opening in 2018 its 10,000 sq. ft. brewing facility as well as the taproom. Among the award-winner beers they craft include the Pinball Wizard and Clifford Porter which are regularly produced in the brewery. There are several other beers are available only at the brewery.

“If you wanna try a local craft brewery, definitely check out Clifford brewing company!!! They have so many different kinds that will entice your pallet, and I love how they have some that are hoppy, and other that are like a stout. All around a great place to check out. Plus you can buy some to take home with you.” – Chad Beacham