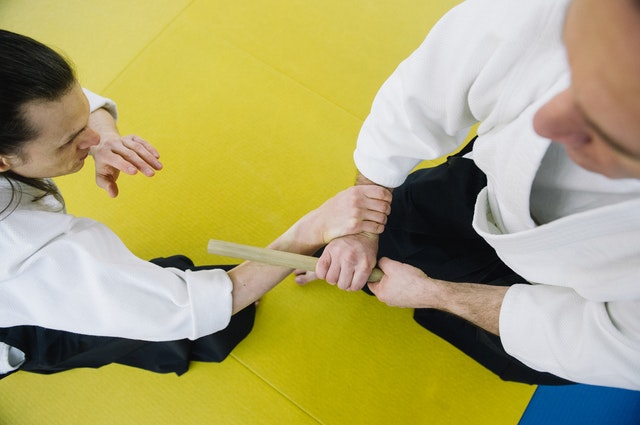 The top rated Martial Arts Classes in Winnipeg are:

Meibukan Goju Karate Winnipeg is honored to be a part of the prestigious International Meibukan Gojyu Karate Association (IMGKA). The term “Gojyu” is derived from the words “Go,” which means “hard,” and “Ju,” which means “soft”. At their Dojo, we teach the classical martial art of karate, which is considered as both a way of life and a method of self-defense.

Gojyu-ryu is among the first three karate styles to be officially accepted. It was the first to be given a formal name. In contrast to the competitive styles that have propagated in North America, this style of karate highlights the importance of personal growth and self-defense elements of martial arts in a non-competitive, non-sport climate.

“This dojo is a wonderful community where adults and children can learn and train, sometimes together. There are several whole families that attend. In additional to regular programming for all ages and stages, they also offer some daytime classes and a homeschool program, as well as movie nights, and a fantastic summer family camp. The focus is on personal development and acquisition of skill at your own speed.” – Jennifer Miller Gehman

Plum Blossom Martial Arts Academy provides personalized learning and a friendly and inviting family atmosphere that sets them apart from other institutions. This means you’ll accomplish your objectives in a safe and efficient manner while working with some of the most devoted teachers in the world.

Their goal at Plum Blossom Martial Arts Academy is to be the greatest they can be by strengthening the lives of their learners through martial arts training. They accomplish this mission by delivering the best personal and group training available, as well as reinforcing the values and principles that have been passed down from teacher to student for decades.

“I have been going to Plum Blossom to learn Tai Chi for a little over one and a half years. Having retired from a 25 year career in law enforcement with numerous physical limitations and chronic medical conditions, including psoriatic arthritis and PTSD, I joined Plum Blossom to take Tai Chi at the recommendation of several of my doctors and therapists. Not knowing what to expect, I can happily say that joining the Plum Blossom family and learning Tai Chi was one of the best decisions I ever made in my life.” – Laurie P

Dragon’s Den Mixed Martial Arts is a forward-thinking club and a genuine Mixed Martial Arts gym. They started training before MMA exploded in popularity and is one of the first clubs in Winnipeg to start MMA. The Panglaban style, which is a mix of boxing, kickboxing, wrestling, and grappling, will be taught to you in most of their courses. Conditioning and strength training for mixed martial arts (MMA) is also included. Your time at Dragon’s Den Panglaban will culminate in you learning the fundamentals of PANGLABAN MMA.

“Taking classes here has been life changing for me, my wife and my two children. We all take classes and look forward to the challenge, fun and personal growth that come from putting in the work. Coach Alex has perfected the balance of pushing us to be our best while giving us a lot of guidance with the skills taught in class. I couldn’t recommend this enough.” – Rafael Santos 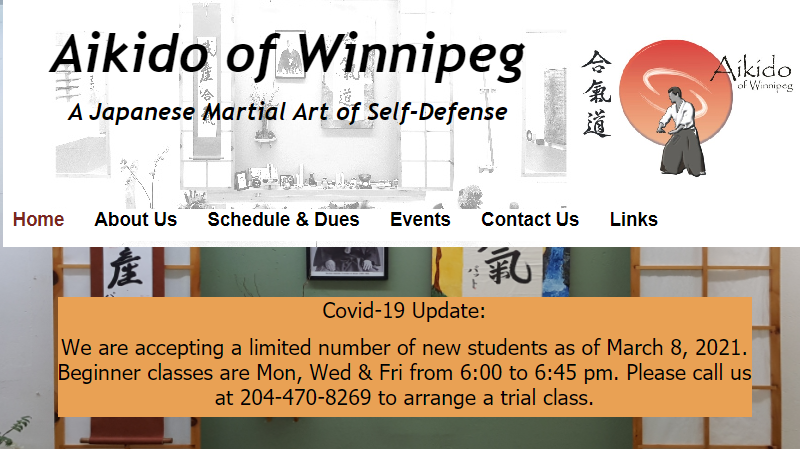 Aikido Of Winnipeg Martial Arts Dojo was established in 1991 and became a non-profit organization in 2004 when it moved to its current location. Doug Reichert, the principal instructor, is a Yondan (4th Dan) with the Aikikai Honbu dojo in Tokyo, Japan. The Winnipeg Aikido dojo practices Aikido in the Iwama style, which was handed down from Morihei Ueshiba (O’Sensei) to Morihiro Saito Sensei. Under the leadership of Patricia Hendricks Shihan, they are a proud member of the California Aikido Association. With an emphasis on mind, body, and spirit coordination, clear, precise, simple movements are emphasized, which become graceful and successful with consistent practice.

“I have been a member of this dojo for over twelve years now. As a long time student of Aikido I can honestly say that this is the warmest, most supportive dojo community that I have ever been a part of . Our senseis Doug Reichert and his wife Leanne are strong, committed leaders, and experienced and encouraging teachers.” – Jamie Oliviero

Tactical TaeKwondo is Manitoba’s first World Taekwondo Federation (WTF) Taekwondo school, offering both classical Martial Arts (Korean Karate) and Olympic Taekwondo. The World Taekwondo Federation has awarded all of the instructors as black belts. Tactical Taekwondo in Winnipeg assures that various teachers will be on the floor each day to deliver small group instruction to all students. Self-esteem, self-confidence, and self-discipline have all increased as a result of their program. Tactical Taekwondo holds classes five days a week rather than two, allowing your child to progress more quickly.

“Tactical Taekwondo is a awesome taekwondo school for people who are looking into learning a new sport, having some exercise and having some fun. You can learn so much, like how to count in Korean, some self defence, kicks, patterns and some self discipline. Tactical Taekwondo is well cleaned and well taking care off. Master Kate welcome you at the door when you arrives and makes everybody feel at home.” – Eli Vilar