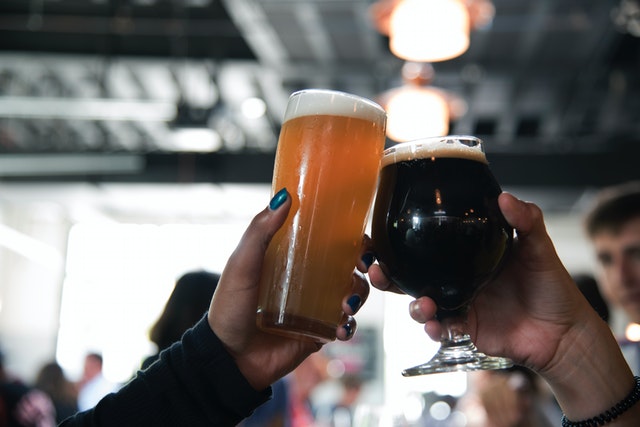 The top rated Craft Breweries in Vancouver are: 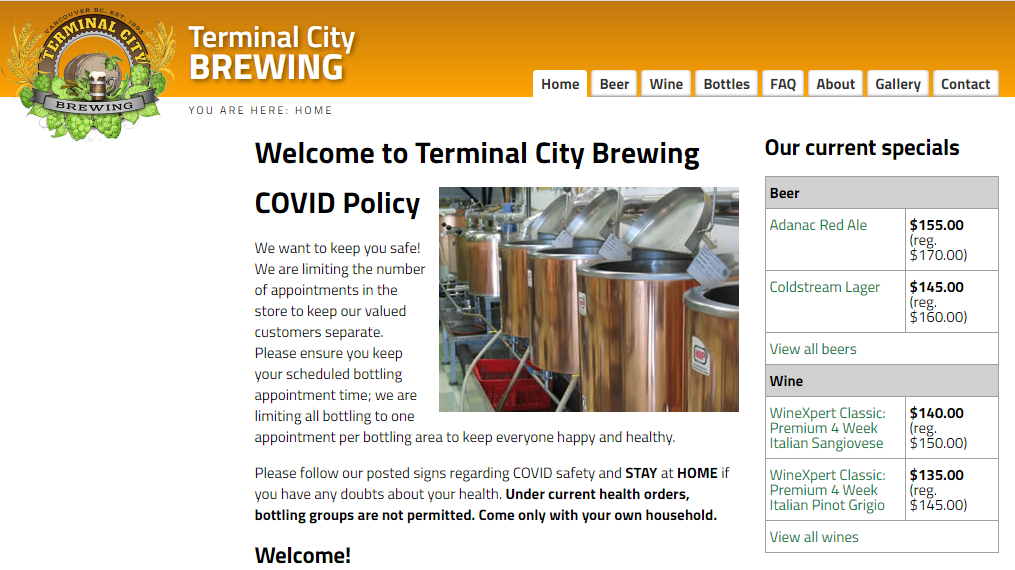 Terminal City Brewing brews everything from light, easy-to-slurp baseball beer to rich, dark stouts. From your exclusive in-house beer recipes to some of Canada’s premium wines, they first opened our doors as West Coast U Brew on May 10, 1993 and have since offered the best products and facilities available in the on-premises brewing industry. The team as a whole has more than 50 years of collective experience. By far, they guarantee that their brews will compete with and even outperform any other beer on the market.

“Nano brewery that will brew just about any beer style for you. As good as any other brewery out there and pricing works out to about $3/L which is half the cost of a six pack or growler. It takes about three weeks to brew and you need to supply your own bottles.” – Matthew Ewanchuk

Luppolo Brewing Co. believes that their beer is just as important to them at Luppolo as the environment they create in their lounge. Luppolo is an Italian word that means hops. Since two of their owners are of Italian descent, and because the qualities synonymous with Italian culture–quality, craftsmanship, community, and family–are fundamental to their vision, they selected an Italian name. In a warm and welcoming atmosphere, you can enjoy their range of craft beers and delectable Italian cuisine, including pizza from their partner Mordimi, in a friendly and inviting environment, your home away from home in Vancouver’s “Yeast Van” Brewery Area.

“Came for a quick bite and a couple brews and I was pleasantly surprised. They have 8 beers to choose from, and a few other options such as ginger beer, cider and a few other non-alcoholic drinks. You order and pay at the bar and grab your drinks European style which I like for it’s simplicity and quickness.” – Dion Lauriente

Storm Brewing LTD. is known to be Vancouver’s oldest craft brewery and is recognized as a must-see spot for craft beer enthusiasts all over the globe. Brewer James Walton and the Storm Brewing squad have been delivering creative and unfussy craft beer to Vancouverites since 1994. James is a huge advocate for authenticity and is regarded as a craft beer pioneer by both the media and the trade. He has led his team to create over 400 separate “Brainstorm” brews, winning Storm the designation of the country’s most imaginative and inventive brewery. ​

“Best brewery in the city, hands down. Fight me. The most ingenious and inventive beers you will ever come across crafted and served by some of the friendliest people you’ll ever meet. I’ve been in Vancouver for almost 6 years and have always recommended Storm Brewing as a must to any and all visitors.” – David Wray 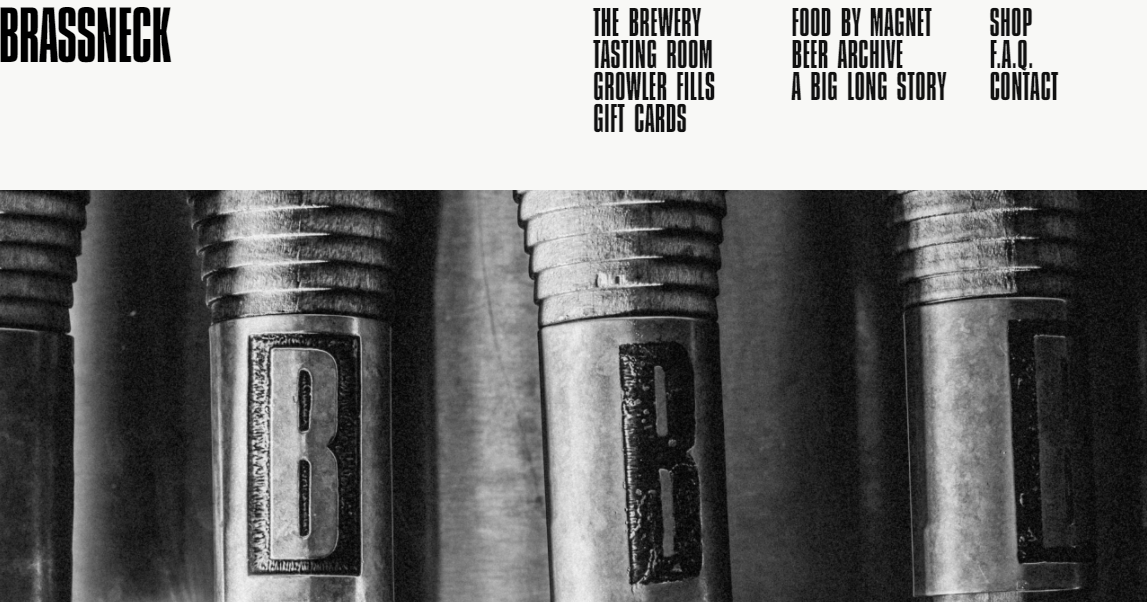 Brassneck Brewery is a craft brewery featuring a chill, rustic tasting room with draft beer, plus a shop for growler fills. Brassneck’s public spaces, such as the Growler Shop and Tasting Room, are built to make you, their clients, feel like you’re a part of the operation. The tasting room and growler shop are bundled around the brewhouse and basement, putting you right in the middle of the brewery. A special form of a liquor license has been granted to them. A Brewery Lounge is a spot where you can drink beer, unlike several other Food Primary locations in Vancouver, patrons are not required to take a seat. This, together with their sharing tables, creates a welcoming social atmosphere.

“Brassneck consistently have a wonderful balance of adventurous and interesting beers alongside fantastic versions of classics. Worth trying regardless of style and the space is great and honest. Lovely service and lovely team. Fully recommend” – Donny Bananoke

Strange Fellows Brewing has been about the mixing of thoughts and histories with a shared vision: that two people should share a pint, look each other in the eyes, and toast each other’s good health since its creation. They brew a wide variety of styles, from hoppy and “sessionable” ales and stouts of all strengths to standard Belgians, crisp and retro pilsners, and seasonal fruit beers, while Strange Fellows is renowned for sour and barrel-aged beers. Their brewers’ love of experimenting with new methods and flavors shows in their barrel scheme, which results in limited-edition sour, flavored, and retro beers.

“One of the alltime great beers places in the city. Beers are consistently exceptional and innovative – particularly if you’re in to mixed fermentation and Belgian styles. The art gallery on the side is an amazing concept and snacks/food trucks outside are always excellent. Truly know their stuff and always happy to have their beer here or delivered or out and about.” – Donny Bananoke